by Jean Luc Ferrand on 28 January 2019 in Furniture 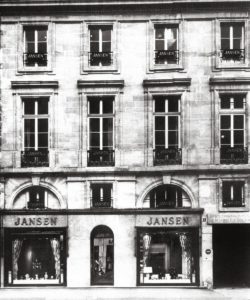 Maison Jansen, founded in 1880 by the Dutch Duke Jean-Henri Jansen, was a French interior design firm which also produced furniture. Still today, this house benefits from a huge reputation thanks to its international elite clients during all the 20th century, which permitted to forge itself a glamour reputation in the interior design world. This firm, both by its intern organization and its whole global conception of the interior design, became more than a single trendy name; Maison Jansen deeply influenced and impressed the Decorative Art History.

The French 19th century, and more particularly the second half, is called the century of the “eclecticism” for Decorative Arts. A kind of weariness and slowing in the creation can be felt at the end of the First French Empire. To renew decorative arts, artists and craftsmen dove into old styles, closer ones like the 18th century, or distant like Antiquity. They re-construed codes, ornaments and didn’t hesitate to mix different sources. In addition, Universal Exhibitions – which the first edition took place in London, Crystal Palace in 1851 – created a strong emulation. Those exhibitions invited countries to discover each other, with foreign and new prospects, and also to create new industrial creation processes to renew decorative arts.

It was in this context that Maison Janson was created in 1880. At first, it had the same dynamic than other similar French interior design firms of this period, like Perret& Vibert’s Maison des Bambous (*Bamboo’s House) or Frères Pannier’s Escalier de Cristal (*Brother Pannier’s Cristal Stairs). Those firms used past styles mixed up with new popular tendencies: English Art & Crafts, Turkish style or Japonism, very trendy in this late 19th century thanks to the late Japan doors opening to the rest of the world, mostly since the Universal Exhibition of 1867.

The increase of Maison Jansen truly began at the turn of the 20th century and might be explained by different factors.

A double production between tradition and innovation

The first original thing about Maison Jansen was its choice to produce alongside two styles of radically different furniture: it had a deep interest of traditional furniture, trying to produce the best exact copies of 18th and 19th centuries furniture. For that, it bought a lot of antiques present on the market and gradually collected many archives images to satisfied its historical truth ambitions.

It didn’t hesitate to collaborate with independent contemporary artists and craftsmen like the cabinetmaker François Linke, Joseph-Emmanuel Zwiener or Jean-Michel Frank for the creation of unique pieces for special orders and precise exhibitions. 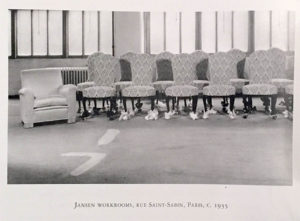 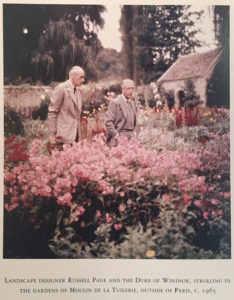 The second Maison Jansen’s asset was its global control of the whole furniture production chain. Initially, to satisfy its double production needs, Maison Jansen opened workshops in the 16th Paris’ arrondissement. Then, they moved circa 1900 to bigger spaces in the better-known Saint-Sabin street workshops. Data about workshops – almost 40000 square ft – and the employees’ number – up to 700 at the peak of activity in 1930 – are numerous tools to measure the Maison Jansen’s degree of prevalence in the Decorative Arts and furniture production background of the 20th century.

Such a huge quantity of employees shows the will of Maison Jansen to control the whole creation process from start to finish: the choice of the shape, the manufacturing – with a total creation or by cutting up or restoring former antiques – to the design of the whole interior decoration, Maison Jansen did everything. This entire control allowed to check the quality of the production but also to supply a complete delivery, ensuring to Maison Jansen numerous orders.
Indeed, the coming of Stephane Boudin (1888-1967) in the 1920s to the head of the company enlightened this new Maison Jansen skill, now very much capable to organize entire theater like decor, and able to take in charge the whole interior design of a house. 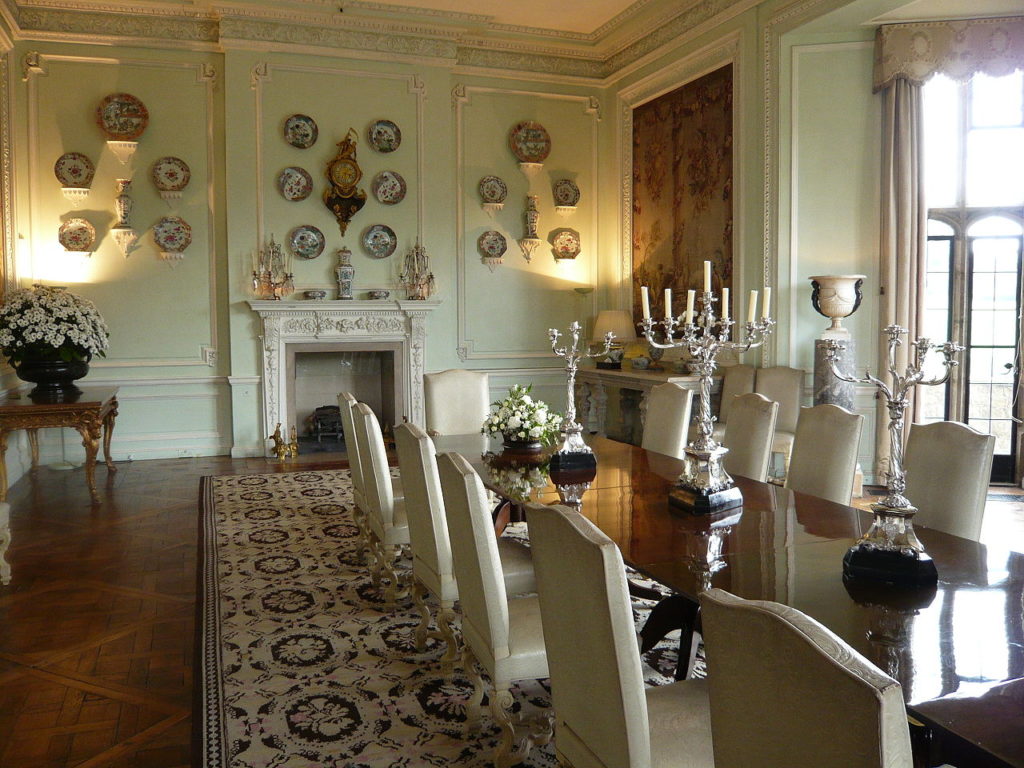 The elite clientele catchment by a targeted strategy

The third and last tour de force that participated to the Maison Jansen’s reputation was its inner organization that coupled its global chain production with entire control of the marketing and distribution channels. Maison Jansen can work independently, which allowed it to eliminate small and less skilled rivals; it’s allowed it to work on its image and to develop this special “Maison Jansen style”. This identity was the main subject of its commercial advertising. 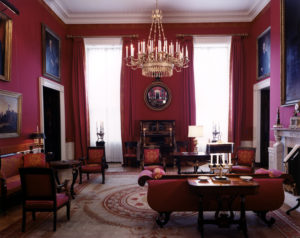 Indeed, the firm used a performant marketing strategy for international: it opened many offices and divisions in important cities that could bring potentially top range clients, like in New York or Buenos Aires ; also, it thought practical by opening workshops in these towns. In its galleries, Maison Jansen organized exhibitions to increase its exposure that brought it always more rich clients.

Among them, without being exhaustive, Windsor Duke and Duchess, King Leopold III, Iran Shas or the Kennedys for the White House.

Beyond the fascination, Maison Jansen knew how to create an ageless style that seems to be timeless; in its two product types, we found persistence of the best of former decorative art styles, high execution quality and this skill to fit with the emerging trends.

How to recognize Maison Jansen furniture? 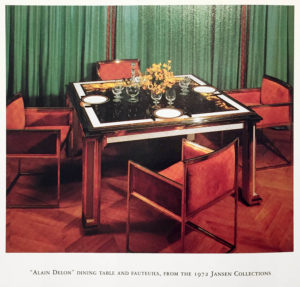 Recognize Maison Jansen furniture is not so easy: indeed, some models are well known and easily attributed to Maison Jansen, others are less so. A certain confusion is possible, all the more when we know that in the 1970s, others design firms had similar characteristics as Maison Jansen’s: gilt brass, geometrical shapes, pinecones, horse heads, bamboos, palm trees etc. We can easily find those elements on Maison Charles or Maison Baguès production of the same period. Even more, it’s impossible to know who copied whom; what is more, smaller firms, less known, wanted to benefit from this craze and adapted their own production to this trend.

Besides the complexity of attribution and identifying the model itself, the main problem is that all the Maison Jansen production was not signed. Actually, it seems to be that just even a minority of the production was signed 1.

First, this might be explained because the special and luxury production was reserved for an elite and Maison Jansen did not want to overshadow the client and the place receiving the order: the firm saw itself more like “an assistant to the patron” 2 and not like a decorator who needed to be recognized. The idea of discretion and coherence of interiors might explain why the production wasn’t always signed.

In addition, the widening of the production, after 1970s, by the Pierre Deshays “Jansen Collection” does not ease the task considering this new production, which was supposed to be more affordable for more people, was customizable by the client itself. Then the percentage of this more numerous production is not clear and was again still not always signed.

However, many Maison Jansen models are well known and ascertained thanks to some catalogs, even when they were not signed, the unicity of the model and/or its quality can allow professionals to attribute it to Maison Jansen without too many difficulties.

Today, we can still hear the name “Jansen” thanks to Mr. Alain Peirera. The Jansen Gallery is visible at Paris, 23 rue de l’Annonciation.